Day Two at the Los Angeles Times Festival of Books 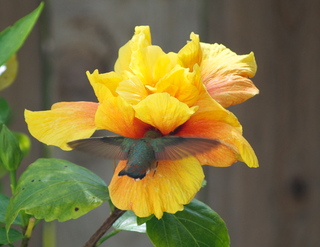 The 2011 Los Angeles Times Festival of Books
It was a little warmer, felt a little less crowded, and was a lot of fun for the second day in a row. And oh, yeah, I was on a panel.

The theme was "History: Democracy and its Discontents," moderated by Celeste Fremon, who came incredibly well-prepared, and included Barry Siegel and Thaddeus Russell. It made for an interesting conversation, with Russell talking about his A Renegade History of the United States, a "ground up" look at influential but ignored sectors of American history with some iconoclastic takes on such things as prostitutes as early feminists.

Siegel, a friend and former Los Angeles Times colleague, as well as a Pulitzer Prize-winner, talked about his Claim of Privilege, and the lie that stands behind the U.S. government's ability to evade court disclosures of uncomfortable information by claiming to do so would violate a state secret. And I talked about The Fear Within, which has a nice overlap with Siegel's book (both of our subjects turned on decisions by the same Vinson Supreme Court).

The session was aired live on Book TV over CSPAN-2, and via its website, and is now safely lodged in its archives. So if you missed it, you can watch it at your leisure here. And yeah, it's true, a TV camera adds a few pounds (but then, so did the dinner at El Cholo afterward with my wife). The program begins with the tail end of a prior, unrelated interview, but you can move beyond that). Unfortunately, there was no link for embedding the program on my site.
Be the first to comment
Email here to arrange readings or order signed copies of any of my books