The cover: The Admiral and the Ambassador

Well, I've been keeping this under wraps for a few weeks as we go through the production part of publishing my forthcoming book, The Admiral and the Ambassador: One Man's Obsessive Search for the Body of John Paul Jones. But Chicago Review Press is revamping its website, and it's posted over there so I guess it makes sense to post it here, as well.

As you may recall, I was very pleased with the work CRP's designers did on Detroit: A Biography. They used a photo I suggested and crafted that stunning overlay of title and 90-year-old Detroit skyline, giving it a near-metallic sheen. It really captured the essence of the book, I thought.

And they've done it again here. They used a drawing of John Paul Jones for the top bit, and a photo I found of Ambassador Horace Potter and colleagues over the crushed leaden coffin in which they found Jones's body more than a century after he died. So we have images of both tracks of the book, and presented in a way that I hope will stand out on bookshelves.

I'll let you know when pre-sales are available. As it stands, CRP is looking at a May publication date, which means books should be available mid-April or so. As you might imagine, I'm pretty excited about that. This will be my fourth published book, and I'm already working on the fifth, another history I'm keeping under wraps for now. But it's very enjoyable and professionally rewarding work, and I thank you all for your support. Without readers, these things are just so many trees falling in the forest. Read More
Be the first to comment 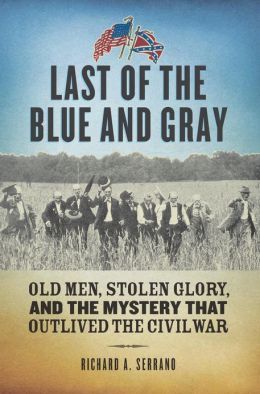 And I've just begun a new project, which I'm keeping under wraps for the time being, which touches even more deeply on the Civil War. In fact, this very morning I'm revisiting a key battle in western Virginia. I should keep an eye out for some of the names in Serrano's book. Read More
Be the first to comment 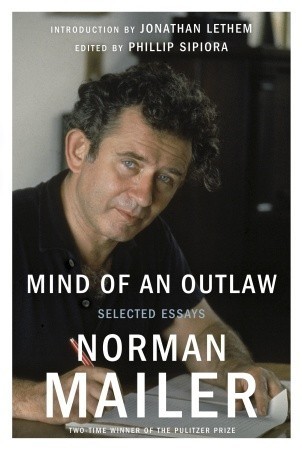 Was there a more pugnacious figure in modern literature than Normal Mailer? And not just because he was a fan, and occasional chronicler of, boxing? Six years after his death, Random House is publishing a collection of his essays this month (pub. date is October 15), called Mind of an Outlaw. Jonathem Lethem (whom I profiled a whole ago
Be the first to comment

The shutdown, and some other bits

Tags: current events, books
I know, I know, the blog's been quiet for too long. But I have the usual excuse firmly in grasp: I've been busy. Today I could be busier, but a certain faction of political loons (yes, I mean you, Tea Partiers) seems to have shut down the federal government right as I'm researching a new book topic.

So work I was planning to do today I now can't because the Library of Congress website is shut down, one of many bits of evidence that puts the lie to right-wing claims that a federal government shutdown doesn't have much effect. Hundreds of thousands of federal workers out of work indefinitely - and likely now hoarding cash amid the uncertainty - is a big deal for a sputtering economy, not to mention family budgets. Bureaucracy, as much as we might hate it, keeps the country moving. But now that's stalled.

And researchers like me find ourselves at loose ends. So yeah, there's an effect.

One of the reasons posting has been light here is that I've recently signed on as a contributor to the Truthdig online news site, where, not coincidentally, I blogged this morning about the shutdown, and the failed political system that made it possible. Who's really to blame? We all are, for putting up with this garbage:

And this is where the real blame lies—in ourselves, and in our failure as a body politic to end gerrymandering. With the major political parties setting the ground rules for the geographical shape of congressional districts (the process follows each decennial census), they ensure that incumbents face easy re-election by gaming the system through amoeba-shaped districts that collect the optimum number of voters for each respective party. So the only real elections at the congressional level are often the party primary, in which very few people vote. Which means minority extremists like the tea party, with some organization and the help of a compliant media that fails to call out lunacy when it sees it, can seize control of the U.S. Congress. Or at least enough of it to shut down the U.S. government.

So why do we put up with this? Read More
Be the first to comment
Email here to arrange readings or order signed copies of any of my books