On an anniversary, and a test of integrity 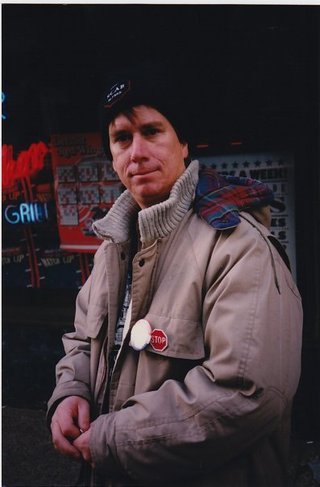 Eighteen years today I was on a family vacation, sitting in my in-laws’ house in Rochester, New York, when I got a call from colleagues in Detroit that the long-anticipated strike had finally begun at The Detroit News and Free Press. It was an acid test for a lot of us. Journalists as a rule must remain disengaged, but there we were thrust into engagement by circumstances over which we had little control.

The non-journalists in the strike – there were six unions involved, only one comprising journalists – were remarkably strong. But about half of my fellow Newspaper Guild colleagues ultimately crossed the picket line, a capitulation to fear, career, arrogance, and insecurity that to this day taints my perception of many of those practicing my trade. To me, the strike was a test of will, and of belief. Many colleagues who had voiced support for collective bargaining and collective action (the members voted overwhelmingly to strike) then boldly crossed the picket line, an act of betrayal that was also an indictment of their character.

The strike became a lockout and lasted some six years. Fellow striker Daymon Hartley captured some of the violence on his website, and academic Chris Rhomberg wrote a book about the strike within the context of labor laws. I lasted 18 months on the picket line before taking a job at the Los Angeles Times, and moving west with my wife and our two young sons. In some ways, I still view it as a failure that I didn’t stick it out for the duration. But the actions of the papers during the strike led me to conclude that I would never work for them again (journalistic principles were abandoned by the editors in unscrupulous fashion), so it made no sense to stay on. We got on with our lives, and I enjoyed a 12 year-career at the LA Times before the industry, and the paper’s corporate owners, fell off a cliff, and my job was cut. So I moved on again into this new mix of writing books, doing freelance journalism, and teaching college journalism classes (adjunct), while my wife teaches elementary school.

So 18 years later I’m sitting here at my in-laws’ house, on a family vacation, and now watching Facebook posts from fellow strike veterans. Many of them I barely knew before the walkout, but they have since become close friends. A shared experience like a protracted labor struggle reveals character for good and bad, and blows up some friendships, but it also creates new and deep bonds with others. We all learn about ourselves when crises hit, even something like a labor strike.

That strike also was formative for some who watched. Our son, Michael, is in China in the early weeks of a two year-plus stint with the Peace Corps. He posted the following status update this morning, and I repost it here with pride:

I am reminded that today is the 18 year anniversary of the start of the Detroit Newspaper Strike. I was pulled into it without choice (since I was a 5-year old) and didn't fully understand what was happening around me, but as I grew older and Scott Martelle and Margaret Mercier-Martelle started to fill me in on what I had missed, those few years early in my life provided me with an immense amount of inspiration as I tried to decide what kind of man I wanted to be. And here I am now, in the Peace Corps. To all those who served on our domestic front lines in defense of our freedoms: Thank you for standing, and thank you for inspiring. Barbara Ingalls, Kate DeSmet Kulka, Paula Yoo, Marla Dickerson, Liz Seymour and everybody else I don't know on facebook.

Happy anniversary to us all. Read More
1 Comments

The apple doesn't fall far from the tree.

Tags: economy, Detroit
If there are any good news items coming out of the GM meltdown and bankruptcy filing, it could be that GM-owned Saturn, recently touted as likely to close, will survive. We bought a Saturn the second year, I think, that they were available, and were very pleased with the car (we finally traded it in for a Ford Windstar, with less success, though we still have it).

Roger Penske's Penske Automotive Group Inc. is in line to buy the Saturn brand, which strikes me as a deal with a lot of upside. Both have solid reputations and are known brands, and this could be the kind of deal that ten years from now will look like a stroke of opportunistic genius. Read More
Be the first to comment
Email here to arrange readings or order signed copies of any of my books