The Wall Street Journal weighs in on William Walker's Wars, with a review by Adam Rowe:

The original exponents of American Greatness were all about borders, too—but they wanted to burst through them, not barricade them. In just over 50 years, the United States moved out from the Atlantic Coast to gobble up broad stretches of the continent, from Maine to California. "Manifest Destiny" was the phrase that explained it all, and the destiny had no manifest limits. During the 1850s, American filibusters—the Spanish word for pirates—attempted to conquer Cuba, Northern Mexico and Central America. Foremost among them was William Walker, the subject of Scott Martelle's fascinating biography "William Walker's Wars."

Walker's life has been recounted often, but historians tend to present him as the embodiment of larger forces—say, as an archetype of the idealistic if misguided crusade to export democracy or a stark example of piratical capitalism. Mr. Martelle avoids such sweeping claims. He tells his story efficiently and well, without trying to manipulate Walker's erratic impulses into a coherent agenda. Even so, the picture that emerges is a striking demonstration of the furious energies that expanded the American Republic, and nearly tore it apart.

The Los Angeles Times Festival of Books is one of the biggest and best book festivals in the country, and I've been proud to play a role for more years than I can rememebr, either serving as a moderator or, when I have a new book, as a panelist.

Well, with William Walker's Wars out, I was on a panel this year which CSPAN's Book TV broadcast live. Here's a replay of the hour-long discussion, "Excavating the Past: Writing International Histories."

History.com spotlights Walker and my book

It was nice to see History.com pay some attention to William Walker's Wars in this piece by writer Sarah Pruitt. Here's the opening to her article:

On the afternoon of May 8, 1854, a ragged bunch of armed men approached the border between Mexico and the United States, just south of San Diego. Just ahead, a detachment of U.S. soldiers waited on the other side of the border to arrest them, while a band of eager spectators gathered atop a hill to watch the whole thing.

But surrender would not be an easy task: A band of Mexican fighters blocked the first group's path, demanding the men give up their weapons before they would be allowed to cross the border. The U.S. soldiers stood back, refusing to intervene in any battle in Mexican territory—even one involving Americans.

However, the group seeking to cross back into the United States that day weren't just any Americans. They were remnants of a conquering force that had invaded Mexico, in violation of U.S. neutrality law, and attempted to set up a republic in Baja California.

Their leader, a slight, blond, grey-eyed man from Tennessee named William Walker, would go on to command a far more successful invasion the following year in Nicaragua, even installing himself as that country's president for a time.

Walker would become the most successful of the 19th-century filibusters...

In the decade before the onset of the Civil War, groups of Americans engaged in a series of longshot—and illegal—forays into Mexico, Central America, Cuba, and other countries, in hopes of taking them over. Known as military filibusters, the goal was to seize territory to create new independent fiefdoms, which would ultimately be annexed by the still-growing United States. Most failed miserably.

William Walker was the outlier. Short, slender, and soft-spoken with no military background—he trained as a doctor before becoming a lawyer and then a newspaper editor—Walker was an unlikely leader of rough-hewn men and adventurers. But in 1856 he managed to install himself as president of Nicaragua. Neighboring governments saw Walker as a risk to the region and worked together to drive him out—efforts aided, incongruously, by the United States' original tycoon, Cornelius Vanderbilt.

William Walker's Wars is a story of greedy dreams and ambitions, the fate of nations and personal fortunes, and the dark side of Manifest Destiny. For among Walker's many ambitions was to run his own empire based on slavery. This little-remembered story from US history is a cautionary tale of all who dream of empire.

Some views of the book:

"He was the ultimate illegal immigrant: a US citizen who wanted to be emperor of Latin America—and actually seized control of Nicaragua, causing an international crisis. Scott Martelle's page-turning account draws on thorough research to tell the story of William Walker as it has never been told before." — T. J. Stiles, winner of the Pulitzer Prize for The First Tycoon: The Epic Life of Cornelius Vanderbilt and Custer's Trials: A Life on the Frontier of a New America

"Scott Martelle has written a marvelous book that uncovers a little known and dark corner of American history, when men like William Walker invaded sovereign countries to grab land and expand slavery. In this well-researched tale, Martelle exposes the deep roots of American imperialism and how one arrogant man, convinced of his superiority and bluster, wreaked havoc on Central America." — Frances Dinkelspiel, author of Towers of Gold and Tangled Vines

"William Walker's Wars offers a gripping account of a forgotten and troubling slice of American history. Scott Martelle knows how to tell a story. Using a great mass of source materials and a novelist's eye for detail, he superbly explores the complex truths of Manifest Destiny and human ambition." — Jonathan Eig, author of Get Capone and Ali: A Life

"Revealing a chapter in American history that will be news to many, Martelle presents a well-written and researched narratiave, captivating in scope as it draws in many aspects of the antebellum U.S., including foreign policy, legal issues, and American business interests abroad. Concise yet brimming with facts, this is a gripping disclosure of individuals involved in the dark mission of unsanctioned imperialism." — James Pekoll, Booklist

"As Martelle (The Madman and the Assassin) recounts in this fascinating history, thousands of men down on their luck toward the end of the Gold Rush opted to chase another possible path to riches: follow 19th-century American adventurer William Walker through an unlikely series of exploits and intrigue that culminated in a despotic state... This mesmerizing cautionary tale is sure to fascinate armchair historians." — Publishers Weekly.

WITHIN THE STONE WALLS of the three-hundred-year-old Fortaleza de Santa Bárbara, dozens of men, some wearing rags and blood-soaked bandages, worked quietly in soft lamplight, their faces glistening with sweat from stress, humidity, and fever. They struggled to bend the barrels on rifles, drive spikes into the touchholes of cannons, and drench surplus gunpowder with water. Anything to ensure that the weapons they'd leave behind would be worthless to whichever enemy took over—the Honduran soldiers just beyond rifle range, or British marines from the HMS Icarus at anchor nearby in the warm Caribbean waters.

Not all of the men were fit enough to flee, though. Bullet wounds immobilized three of them, and illness incapacitated three others, including a New York Herald journalist sent to write about the adventurers. A surgeon and an aide would likewise remain behind to oversee their care in a makeshift hospital ward created by stringing hammocks across a large room. All of them were given a gun and a small reserve of ammunition in case they needed to defend themselves against an attack, but their plan was to beg mercy from whoever arrived first.

As the weapon wreckers worked, William Walker—a short slip of a man with light blond hair and eerily expressionless gray eyes—moved among the hammocks to offer thanks and final words of encouragement to the sick and the wounded. Even though they were Walker's men—his soldiers, really—he barely knew most of them. But one, Colonel Thomas Henry, had been a close confidant and strategic adviser, and Walker spent a few extra minutes with him, speaking softly into his ear above the gaping, maggoty wound where his jaw had been shot away. Walker asked whether Henry had uncovered any information that would help them track down José Trinidad Cabañas, the former Honduran president now waging an insurrection against the current  government. Henry, numbed by morphine, scrawled an answer on a piece of paper: Cabañas would be found somewhere along the Río Negro (now the Río Seco), about forty miles east of Trujillo. Walker whispered a few more words, then rushed the visit to an end.

The weapons sabotaged and a path forward determined, Walker ordered his remaining men—about seventy of them in various states of health and strength—to gather on the fort's parade grounds. Showing unusual discipline for such a ragtag squadron, the men quietly assembled a little after midnight then followed Walker through the ancient fort's main gate and over empty streets before disappearing into the jungle.

Skulking off in the middle of the night had not been in Walker's plans. He'd left New Orleans nearly three months earlier expecting to take over the small Caribbean island of Ruatan, less than fifty miles off Trujillo, at the invitation of English residents who feared for their futures once Great Britain fulfilled a treaty promise and turned the island over to Honduras. But Walker's infamy preceded him. After learning he was in the area, the British delayed the handover, leaving the Union Jack fluttering high above the island's main settlement, Coxen Hole. Walker neither wanted nor could win a battle against British warships, so he decided instead to seize Trujillo and from there invade Nicaragua, his ultimate target all along. But that plan ran into trouble, too, with the arrival of the Icarus and a demand from its captain that Walker and his men surrender. Instead, they ran. 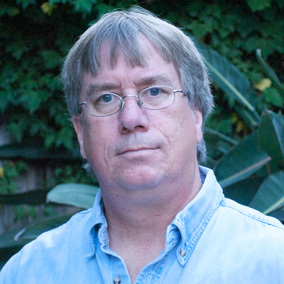 A third-generation journalist, I'm currently a member of the editorial board of the Los Angeles Times. In a  career that began in my teens, I worked for newspapers in Western New York and Detroit before landing in Los Angeles at the start of 1997. A career that long brings a lot of variety - local village news, breaking crime and catastrophe, presidential campaigns, author and artist profiles, book and music criticism, and longform storytelling, to name a few.

Two types of stories are sure to draw my interest: Interesting people framed within their times, and faded moments of American history. The incredibly violent 1913-1914 Colorado coal strike, in which at least 75 people were killed in a guerrilla war that eventually drew in the U.S. Army as a peacekeeping force, gave rise to my first book, Blood Passion: The Ludlow Massacre and Class War in the American West (Rutgers University Press, 2007). Since then I've written books about the history of Detroit, the first of the post-war anticommunist trials (which led to convictions and imprisonment of 11 men because of the ideas they held), the U.S. ambassador to France who spent a small fortune of his own money to find and unearth the body of American Revolutionary War hero John Paul Jones from beneath a 1905 Paris neighborhood, and Boston Corbett, the Union soldier who killed Lincoln assassin John WIlkes Booth.

My current book spotlights a similarly obscure - but significant in his time - figure, William Walker, a Nashville native who became a doctor then a lawyer then a newspaper editor then, in the 1850s, an invader of countries. Ultimately, he dreamed of creating his own Central American-based empire based on slavery. And he came closer to succeeding than seems probable, making himself president of Nicaragua - until he ran afoul of Cornelius Vanderbilt.

For the rest, you'll have to read the book.