On Newtown, and a national soul of violence 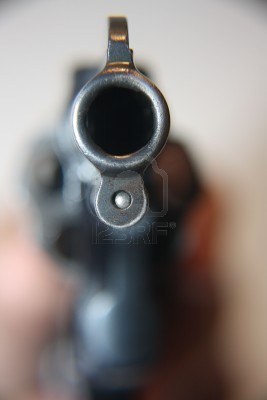 A 20-year-old man shoots his mother dead in her home, straps on a bulletproof vest and drives her car, with her guns, to her school and kills 26 more people before killing himself. Mike Huckabee says it happened because "we've systematically removed God from our schools. … Should we be so surprised that schools would become a place of carnage?"

No, Mike, that's not why it happened. And I’m sure I speak for many more than myself when I say, shut the hell up.

In the hours after yesterday’s murders in Connecticut, as the nation waited for the confusing details to settle out, calls ricocheted around social media for serious federal efforts at gun control. The White House demurred, with spokesman Jay Carney saying “today is not the day to, I believe, as a father, a day to engage in the usual Washington policy debates. I think that that day will come, but today is not that day.” The right accused the left of politicizing the shootings, though the inane chatterboxes were notably quiet on Huckabee’s little moment of absurd politicking and assertion of extremist religious fundamentalism. Most Americans simply grieved and fumed.

This “politics is inappropriate now” theme is indefensible, and disingenuous. When 20 kids and 7 adults are killed in one fell swoop as a direct result of federal gun laws, what else should we be talking about? In fact, it’s awfully damn late to be having this discussion. But Carney is right in one regard. “The usual Washington policy debates” are not what we need, because we’ve been having them for years. The National Rifle Association controls the agenda for that discussion despite an overwhelming desire by Americans for gun control. Our elected representatives have proven, on every issue of significance to the health and well-being of the country, incapable of shaking themselves free of corporate and lobbying money and effecting policies for the common good. Gun control is no different. (I’m waiting, after the Citizens United decision declaring corporations are people, for the Supreme Court to grant guns the same anthropomorphic powers).

So as frustrated as we are over this insanity, we cannot look to our political representatives – nor, judging by Carney’s statement, our president – to do anything of substance on this issue, whether we discuss it now or later. We’ll sit glued to the TV and the internet for updates over the next few days, hear the chilling stories of teachers acting heroically, and embrace that cliché of lost innocence among the survivors. We’ll engage in internecine squabbles over incidental aspects such as should the TV reporters have interviewed kids at the scene, whether the media should have published or aired the wrong name of the gunman they ferreted out from police sources. We’ll argue whether God, in a political snit, had indeed forsaken those children.

But we won’t do anything about the core, propelling problem. We are a nation of violence. Our entertainments reflect our soul, from treating vicious street fights as sport to building a video game industry around playing war. From television shows based on murder to football heroes anointed by their brutality. Song lyrics equate masculinity with a predisposition to kill and we flock to movie theaters to watch movies about hit men.

Small wonder that it plays out in our daily lives and governmental policies. A driving error on the freeway can draw gunfire. In most states, our response to murder is to kill the killer. Online comments on news stories about a particularly heinous crime invariably are filled with vindictive - and anonymous - calls for violent retribution, which is equated with justice. Anonymity, it seems, reveals our darkest instincts

Our entertainments don’t cause our violent outbursts; they are a symptom of how we, as a society, engage the world. It has nothing to do with not teaching the Bible in schools, as Huckabee and his fellow religious extremists would have it. Same as Katrina had nothing to do with sin in New Orleans and AIDS has nothing to do with God’s vengeance on gays. Our murders are the willful acts of our fellow Americans, personal expressions of our violence-obsessed culture. They are, indeed, us.

But let’s not talk about that now. It would be inappropriate. Let’s wait for the next time, shall we?
2 Comments

I've come to the conclusion that the bullies and users of our society will be in power for a while to come yet, despite great efforts by those who understand what is at stake. It saddens me to say that something bigger must happen before American society understands what has been built and what must be done to fix it all.

Excellent post, Scott. I still say that a (another?) core part of this problem is Reagan's dismantling of the mental health care system. Judging by news reports (CNN, MSNBC, the NYT) I read today, virtually everyone says this was a disturbed young man -- and a lot of people knew it. Almost every shooter in these episodes over the last several years has proved to be a (untreated or undertreated) mental patient -- schizophrenics, mostly. In this case, the 20-year-old son of a divorced mother who apparently did not work and an executive father would no longer have qualified for his parents' health insurance -- so no treatment.

Beyond that, though, we live in a culture that teaches young men to be brutal, in myriad ways. And their brutality is frequently dismissed as "boys will be boys" mischief. The very notion that teachers and school administrators would provide a safer school environment were they armed is a manifestation of that, as is gun culture in general -- everybody thinks he would be The Hero in such a situation. Sadly, I think that's the worst sort of wishful thinking, let alone a really, really lousy idea.