A different way of writing 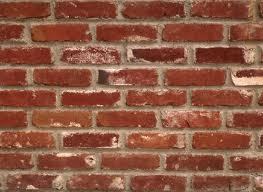 So with The Fear Within launched and Detroit: A Biography safely in my editor's hands, I've been poking around for the next project while catching up on my general reading. I have a couple of ideas and am researching whether there's enough material available to make a book out of them, though at this stage I'm not too optimistic. Neither involves people who left much of a paper trail, which makes it nearly impossible to put flesh on the skeletons of their compelling stories. But we'll see.

Meanwhile, I've dusted off a mystery I've been nibbling away at for a number of years now, which is fun to work with, and has me contemplating the different requirements of writing history, and writing fiction. I was at a dinner party a couple of weeks ago for the launch of Adam Hochschild's new book, To End All Wars, his history of the antiwar movement in England surrounding The Great War, and he made a comment to the effect that fiction writing differs from history writing in that with a novel, what you write only has to be plausible. With history, what you write has to be true.

Adam was talking about some of the characters in his book, including a brother and sister who found themselves in key positions on opposite sides of the war, the kind of dramatic tension that would make you roll your eyes if it appeared in a novel. Yet here they were in real life. In the novel I'm working on, I keep encountering a similar friction. Not between plausibility and truth, but between what a character would do, and what a character should do.

It's a subtle, yet crucial, distinction. Making sure actions are true to character is obvious. But as I frame a scene, I keep stumbling over the issue of should my character do this? Is this action necessary? Does it help the reader understand the story, or reveal a subtle dynamic? Or am I just indulging my imagination?

So 40,000 words in, with the victims dead, the two main plot lines firmly established, and the characters in full dress, I find myself becalmed by second-guessing. I know where the story lines go, and how the threads come together at the end. I just don't know where the characters go in the next few thousand words. It is the difference between writing what happened, and creating what happened.

Ah, writer's block. Nice of you stop by unannounced. A short visit, I hope?

for me, sometimes a "what if?" question breaks writer's block. Especially if it's outrageous. "What would my protagonist do if a bird-of-paradise flew in through the window and dropped a golden key into her hand?"

It doesn't do anything to move the plot forward, but it sometimes gives me an insight into a protagonist's way of thinking that I can put to work in the next scene. So even if my protagonist is a working-class factory drone, her reaction to the sudden appearance of such a thing would be x-y-z, and maybe that's what I need to get her to do.

Besides, it's perversely fun to torment your creations when they're not being cooperative. ^_^