The difficult case of Wikileaks, and Julian Assange

Tags: current events, politics, press
"The only security of all is in a free press. The force of public opinion cannot be resisted when permitted freely to be expressed. The agitation it produces must be submitted to. It is necessary, to keep the waters pure."
--Thomas Jefferson, 1823

The noise and grandstanding surrounding Wikileaks and its puckish promoter, Julian Assange, hit full voice over the past few days and it’s a chilling thing to watch. You all know the circumstances: Assange and his colleagues have posted hundreds of thousands of leaked documents detailing the U.S. prosecution of wars, and the U.S. diplomatic corps’ perceptions of foreign government figures, both allies and enemies. 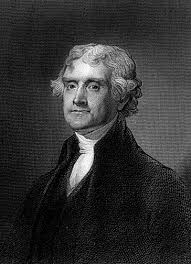 None of the material, from what’s been bandied about, has directly imperiled U.S. military actions, though the now-public documents have detailed questionable past practices and policies, and helped us better understand how events have transpired. And the diplomats seem to have been tripped up by a basic reality of the modern communications world: Never put in writing something you wouldn’t want to see published on the front page of the New York Times.

More chilling, though, is the U.S. government’s response, from hindering access by federal workers and contractors to coverage of Wikileaks to warning would-be diplomats (college students) that to discuss the leaked documents in a public venue could kill a future career. The Pentagon earlier filed charges against Bruce Manning, a soldier who provided Wikileaks with documents. Ever since the Pentagon Papers, U.S. courts have held that it is the government’s responsibility to keep its secrets, not the media’s. Though, given the details contained in the leaked documents, one hopes the soldier gets some coverage from whistleblower-protection laws.

And no, this is not espionage, no matter how the braying right wing may seek to define it. This is an established, award-winning new media journalism site. Look at it as the globalization of the media – a rootless collection of people fighting to shed more light, not less, on the workings of government and big business, from the United States to Kenya. That is the basic role of journalism in America, and it’s indefensible that our government treats Wikileaks any differently than it would the New York Times or Washington Post.

Then there’s the shunning of Wikileaks by Amazon, which bounced the site from its servers. That is entirely within Amazon’s rights, but still the kind of act that will send more of my online buys to Powells. Paypal's decision to stop processing donations to Wikileaks is even worse, claiming that Wikileaks violated its polices against handling money to be used for illegal purposes. Paypal (I’ll be closing my account) seems to have appointed itself responsibilities we tend to reserve for the courts. At their heart, Amazon and Paypal’s reasons seem contrived, at best, and one can sense the backroom phone call from Homeland Security warning of the consequences of aiding an “enemy” of the U.S. Government.

Over the past four years, Wikileaks has published a wide range of government and business secrets that, in total, have made the world a better place. Or at least a better-informed one. And over the past few months the Obama administration has shown itself to be as thin-skinned as the Nixon Administration, from its petty response to Wikileaks to the FBI raids on homes of antiwar activists in Minnesota and Illinois under the guise of an anti-terror investigation.

Given the broad usurpation of civil rights under the USA Patriot Act – which allows the government to conduct warrantless searches without judicial overview – you have to figure that the recent public, warrant-backed raids are just the tip of the iceberg. And perhaps a warning against those who would defy government policies. Against that backdrop, pending sex-abuse charges from Sweden against Assange are suspicious in their timing. Still, the work Wikileaks is doing is more than Assange’s public pronouncements and private problems, and to focus attention on his legal bind diverts attention from the real issues – a U.S. government that is increasingly acting against the interests, and rights, of its citizens.

So where will this end? Badly, I fear. Over the past nine years, the U.S. public has shown a frightening lack of interest in the reality of how its government works, and the acts that have been taken in our names. As long as I’m invoking old adages here, let me finish by pointing out that in a democracy, we tend to get the government we deserve. In this case, we’re being represented by arrogance, and ignorance, ever a dangerous combination.

we tend to get the government we deserve. In this case, we’re being represented by arrogance, and ignorance,

- I believe in the inherent good of Organized Labor.

So well said! I agree and would add spinelessness to arrogance and ignorance.