On Congress, and the gutting of the Constitution 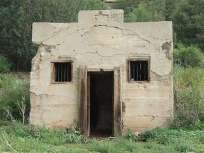 Washington, it seems, is incapable of learning the lesson of unintended consequences.

In June 1940, Congress and President Franklin D. Roosevelt agreed on a bill that struck them at the time as quite reasonable and prudent given the rise of fascism in Europe and the growing strength of communist movements elsewhere. It was called the Alien Registration Act, or the Smith Act, after U.S. Rep. Howard Smith (D-Va.), who pushed it into law. Much like the current National Defense Authorization Act of 2012, which is cruising through Congress and headed to a newly receptive White House, the Smith Act contained a provision that gutted a basic civil right that Americans take for granted.

And that’s the lesson Washington needs to heed.

Analysts from the American Civil Liberties Union and Human Rights Watch, among others, argue that the NDAA, which for the most part authorizes funding for defense programs, also grants the military the right to indefinitely detain anyone anywhere, including U.S. citizens arrested on American soil, if military officials suspect the person is involved in or supporting terrorism.

No judicial review, just arrest and detention until the war on terror is over.

Beyond the problematic issue of using the U.S. military for, in essence, domestic police actions, the NDAA provisions don’t define what constitutes supporting terrorism, or set a threshold for suspicion. Hiding a bomb? Sending some money? Reading a treatise? Stating the opinion that, given U.S. policies over the years, one can understand the emotions behind those seeking to destroy the United States? Would understanding the enemy constitute a show of support?

Who knows? It’s a vague, but sweeping, bit of law, granting an abominable amount of power to the military—and, by extension, to the commander in chief.

One can easily imagine the legal and political fights down the road that will be required to undo this particularly onerous transfer of power from the courts to the military, and of rights from the individual to the state. Obama has acknowledged the problems, and initially indicated he would veto the measure. Now, though, he seems ready to sign it, abandoning principle for expediency by asserting the government’s right, through the military, to imprison citizens based on suspicion and without
judicial overview.

The 1940 Smith Act was primarily an effort by the U.S. government to force non-citizens to register, a defensible bit of bureaucracy for a government wanting to know who was in the country. But it also contained a provision that called for prison and fines for anyone who “advocates, abets, advises, or teaches the duty, necessity, desirability, or propriety of overthrowing or destroying the government.”

In 1949, federal prosecutors argued that 12 leaders of the Communist Party-USA were guilty of doing just that through their teachings and writings. The men were not accused of any overt criminal acts, just of arguing beliefs. The government’s legal theory was essentially that communism called for the overthrow of capitalism, and thus the leaders of the Communist Party were seeking to overthrow the U.S. government.

After a rancorous trial that stretched from January into September, a jury took seven hours to convict Eugene Dennis and ten other defendants (one case was severed because of illness). The Supreme Court, in a decision written by Chief Justice Fred Vinson (among the worst jurists to ever lead the court), upheld the convictions in 1951, and off to prison the 11 men went. Scores of other prosecutions ensued as the federal government began dismantling the CPUSA from the top down.

A later case led the Warren Court in 1957 to essentially reverse the Dennis v. U.S. decision, but the damage had been done. Eleven of the top American communist leaders served prison sentences, and the CPUSA was effectively destroyed. Not by a debate in the democratic market of ideas, but by intimidation, and imprisonment, over beliefs.

This is neither an endorsement of communism nor acts of terror. Rather, it is a call for saner heads to prevail in Washington and for President Obama to support a key element of our constitutional freedoms: The right to a speedy trial in a court of law instead of secret jails and military detentions based on vague accusations of risks to national security.

Though there might be another unintended consequence in this threat to our civil liberties. If it’s true that the terrorists hate us for our freedoms, the signing of NDAA would give them one less thing to hate us for.
Be the first to comment
Email here to arrange readings or order signed copies of any of my books